Novice Christian Lumsden professed his temporary vows as a Benedictine monk in a ceremony on August 6, 2019, at Saint Meinrad Archabbey, St. Meinrad, IN. 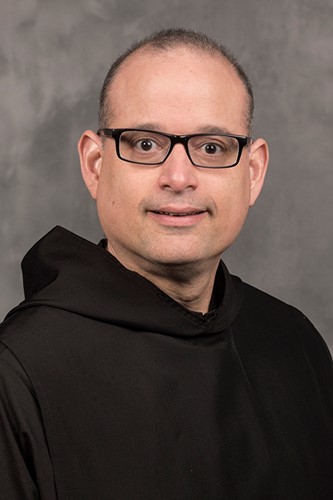 Novice Christian Lumsden professed his temporary vows as a Benedictine monk in a ceremony on August 6, 2019, at Saint Meinrad Archabbey, St. Meinrad, IN.

He has completed his novitiate, a year of prayer and study of the Benedictine way of life. As is the custom during the profession of vows, he chose a religious name. Novice Christian is now Br. Basil.

He earned degrees in music from Trinity College of Music in London and Canterbury Christ Church University in the United Kingdom. He also studied liturgy in the graduate program at The Liturgical Institute in Mundelein, IL, and canonical monastic studies at the University of Oxford.

Most recently, he was a junior monk at the Benedictine monastery of Quarr Abbey on the Isle of Wight, UK.

Temporary vows are typically for three years. This period offers a continuing opportunity for the monk and the monastic community to determine whether monastic life is, indeed, the right vocation for this individual.