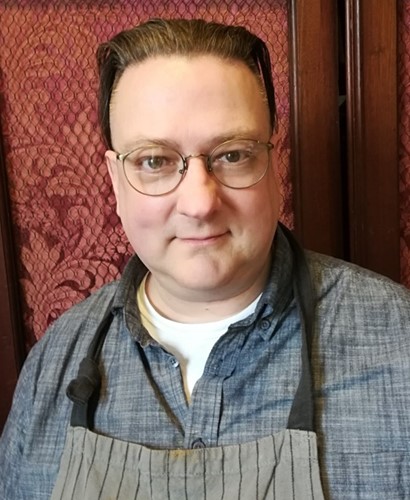 The annual Dolle Lecture on Church Art and Architecture will be held at Saint Meinrad Seminary and School of Theology, St. Meinrad, IN.

Marek Czarnecki will speak on “Popular Catholic Art in American Churches: A Reappraisal.” The lecture will be held on Tuesday, September 10, at 7 p.m. Central Time in St. Bede Theater on the Saint Meinrad campus.

From the 1880s to the 1950s, the immigration of millions of Catholics created a widespread need for the building of new churches in America. With that came the need to furnish them with religious art. This lecture traces the origins of factory-made religious art in Europe, its transplantation to the United States, and the rise and decline of indigenous, immigrant-founded American studios.

Overlooked and often derided, mass-produced plaster statuary is the most pervasive yet invisible art in American churches. This presentation discusses its importance as an American phenomenon and describes its characteristics, usefulness and impact. With the closing of hundreds of American churches and the disposal of their contents, there is a need to understand and preserve this modest national Catholic patrimony.

An iconographer and artist, Czarnecki teaches and writes icons out of his liturgical arts studio, Seraphic Restorations, in Meriden, CT. He earned a bachelor of fine arts degree in 1987 from the School of Visual Arts in New York City and has exhibited his work in many American and European cities.

Among the honors he has received is the National Council for Polish Culture’s Jan de Rosen Artistic Achievement Award. In 2000, he was awarded the Southern New England Traditional Arts Apprenticeship Award, funded by the National Endowment for the Arts, to study under master iconographer Ksenia Pokrovsky. Twice he was awarded the Connecticut Commission on the Arts Painting Fellowship.

In addition to his work in church restoration and his icon commissions, Czarnecki serves as a community scholar for the Polish immigrant community resettled in the United States. He was featured as a narrator in the public television documentary “Polish Life in Our Valley,” which won the 2004 PBS Best Documentary Award.

The lecture is free and open to the public. Parking is available behind St. Bede Hall, as well as in the Guest House and student parking lots. For more information, contact Mary Jeanne Schumacher during business hours at (812) 357-6501.

The Peter and Viola Dolle Lecture on Church Art and Architecture was established by Saint Meinrad alumnus Adam Dolle to commemorate the lives of his parents. They spent 48 years together until Peter’s death in 1982. Both exhibited an artistic sensitivity and an abiding Christian faith. Peter was a master builder, while Viola embodied a spontaneous spirit that is the life of art.